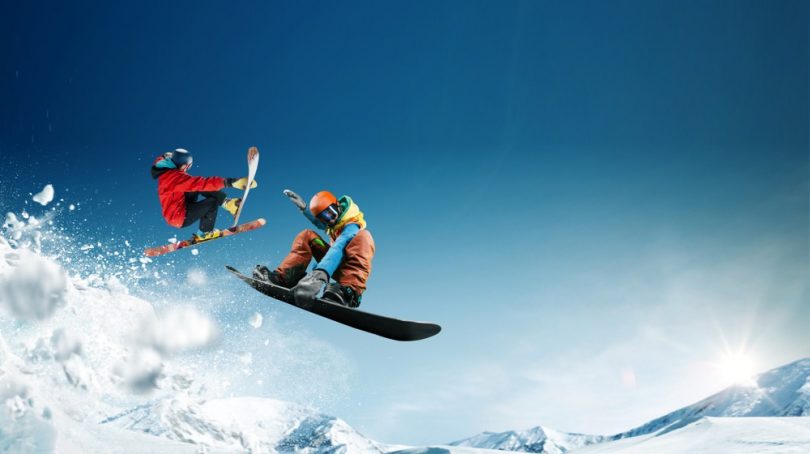 Both snowboarding & skiing are considered great workouts. These high adrenalin-driven sports work on all of your lower and middle body muscles and are superb at burning calories. Skiing in general has a slight edge over skating in terms of fat burning. They both are highly effective nonetheless.

On another note, how many calories you’re going to burn greatly depends on your weight, riding style, body type, and time. Join us today as we explore how many calories we can burn through these two adventurous sports.

How Many Calories Do You Burn Snowboarding?

On average, an hour of pure snowboarding or skiing session helps burn about 200 to 600 calories. An adult weighing 120-200 pounds burns about 250 to 650 calories per hour depending on their riding style.

Average per hour calorie-burn with the volume of effort –

A fun fact about snowboarding is that beginners burn more calories than pros! The newcomers usually fall a lot during their learning curve, so they get an upper-body drill each time they pick themselves up off the snow.

Since the pros are better at the sport, they don’t have to exert a lot of energy in the process. A pro only burns around 350 calories in an hour of normal downhill snowboarding.

Right Way to Calculate the Calories Burned With Snowboarding

The amount of calories you burn depends on the amount of effort and strength you put into your snowboarding. You need a few things to keep in mind in order for an appropriate calculation.

Your skill level and the way you ride has a direct impact on how many calories you burn during each session.

You’ll burn a little more if you can tackle hard moves that require a good amount of leg muscle.

If you comfortably glide on the snow to get a holiday breeze, perhaps you shouldn’t be concerned about how many calories you’re getting rid of.

Your age and weight definitely play a role in your calorie burning and weight-loss by snowboarding.

Your body type either limits you from doing certain moves or lets you reach the ultimate high in the sport!

The weather plays its part in your calorie-burning journey. You burn more calories when you sweat from the sun than when shivering from cold.

More effort burns more calories. Wading your way through melting spring snow could not be the same as gliding a solid slope.

Which One Burns More: Skiing or Snowboarding? 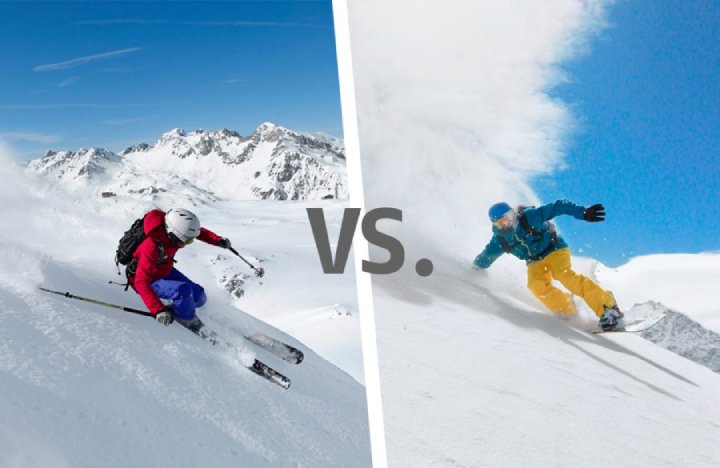 Skiing is known to be a splendid lower-body cardiovascular exercise that burns slightly more calories than snowboarding.

But this could go reverse-wise when a snowboarder chooses to carry out more tricks and take some extra turns.

Getting back up on your feet after a fall and hiking instead of waiting at the lift line also contributes to your calorie count.

Skiing or Snowboarding: Which Is a Better Exercise?

Skiing is a slightly better exercise than snowboarding since your hands and chest muscles are actively being used too.

But health experts consider both skiing and snowboarding as excellent interval training forms that increase physical as well as mental fitness and might in fact extend the average lifespan.

These sports promise us a healthy, active lifestyle and teach important techniques such as balance, endurance, and resistance.

Snowboarding and skiing ensure a pretty much full-body exercise. It might not seem like they hit your arms, and upper-body, but they actually help you gain stronger muscles and better balance.

What muscles do skiing and snowboarding work? 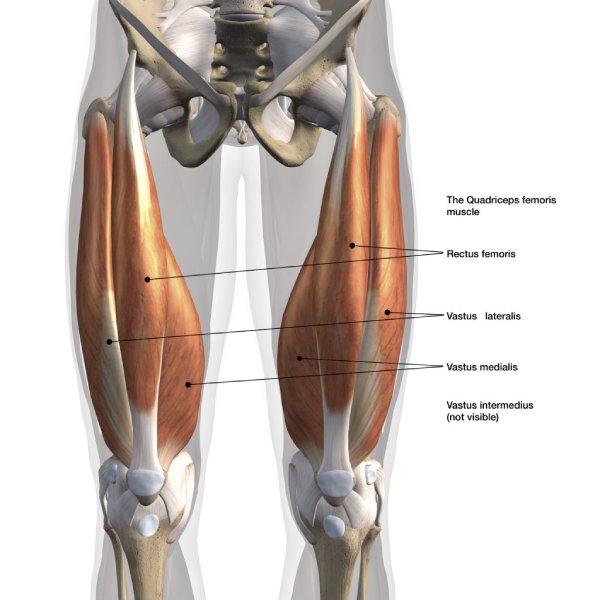 These are the large and fleshy muscle groups that cover the front of your thighs.

Quadriceps are the main areas that snowboarding and skiing work. These muscles hold you in place by flexing the rear parts and lets you extend the knees. 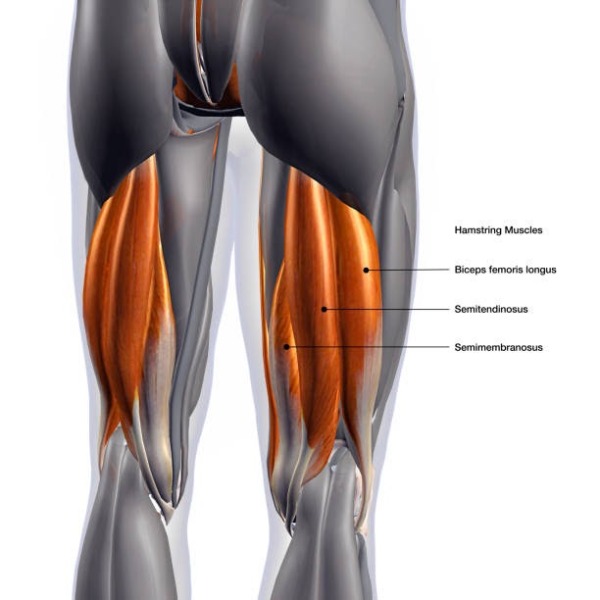 Hamstrings are the three muscles at the posterior sides down from the hip to the knee.

They are your shock-absorbing muscles that safeguard the anterior cruciate ligaments to keep your knees tight together as you glide. 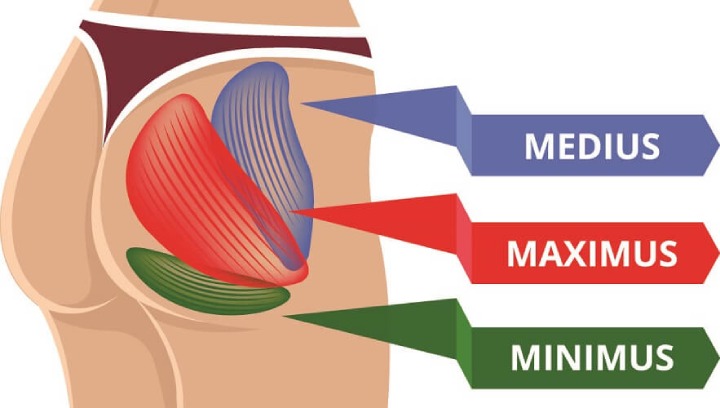 The three glutes in the buttocks make up the gluteal area, help to lean forward and maintain balance during your turning and carving through the snowy surface. 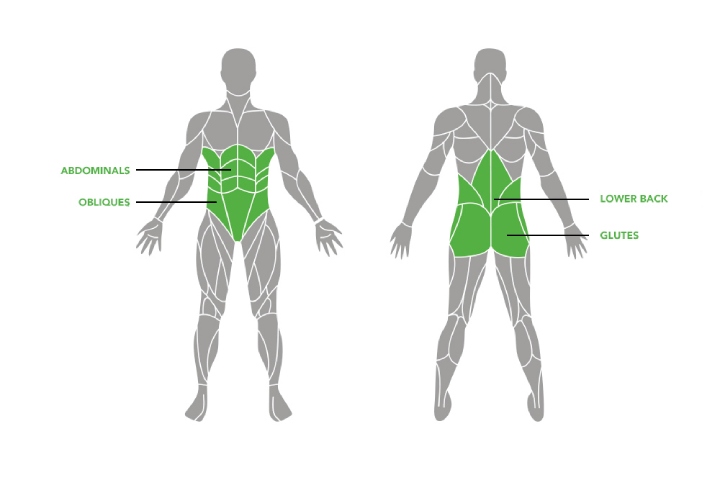 Your core muscles cover most parts of your front and back, such as transverse abdominis, erector spinae, internal and external obliques, pelvic floor muscles, and multifidus.

They work as stabilizers for your body, allowing you to stay on your feet standing.

How to Protect Yourself While Snowboarding? 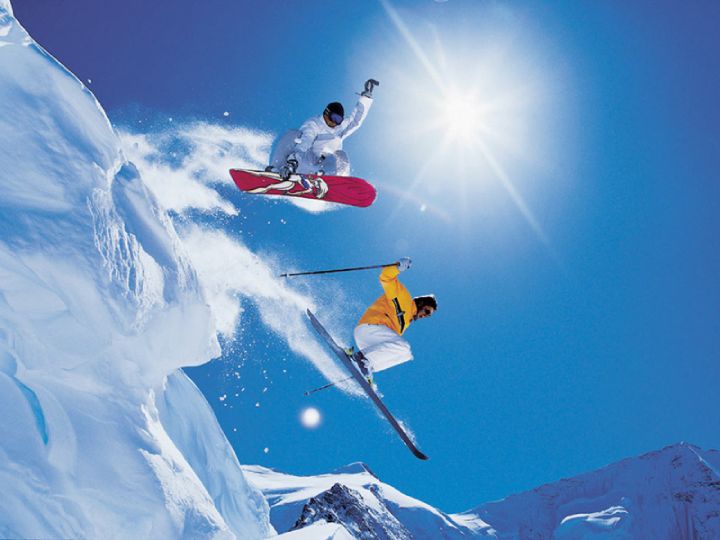 Falling is a beginner’s struggle in the world of snowboarding. Even the best boarders couldn’t always tackle themselves, so you shouldn’t be discouraged.

Make sure to wear a helmet, jacket, wrist pads, elbows and knee braces, goggles, snowboard shoes, and thigh guards to minimize the risks of injury in the course of a fall. 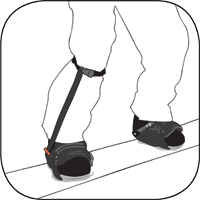 Remember to take with you a snowboard leash since it keeps your board tied to you and stops it from running off while you fall.

Right protective gears allow swift recovery from a fall and get you back to boarding – and burning some more calories.

The Emotional Benefits of Snowboarding

Like most exercises and games, snowboarding also releases dopamine (the hormone of joy) and endorphins offering you spirits of well-being.

According to MayoClinic.com, sports can deliver a meditative suspension and alleviate all your anxiety and depression.

1. Is skiing or snowboarding more tiring?

Ans: Snowboarding is understood to be more tiring at the start than skiing if you spend a large amount of time in jumps, turns, and similar techniques.

2. Is snowboarding bad for your back?

Ans: Yes, both skiing and snowboarding pose risks of a back injury since they’re physically demanding sports, particularly when your body isn’t used to the snowboarding movements.

3. How do you lean on a snowboard?

Ans: Leaning on the front foot and using your knee gives you maximum control over your snowboard.  Avoid riding with stiff legs and deeply flex at the knees.