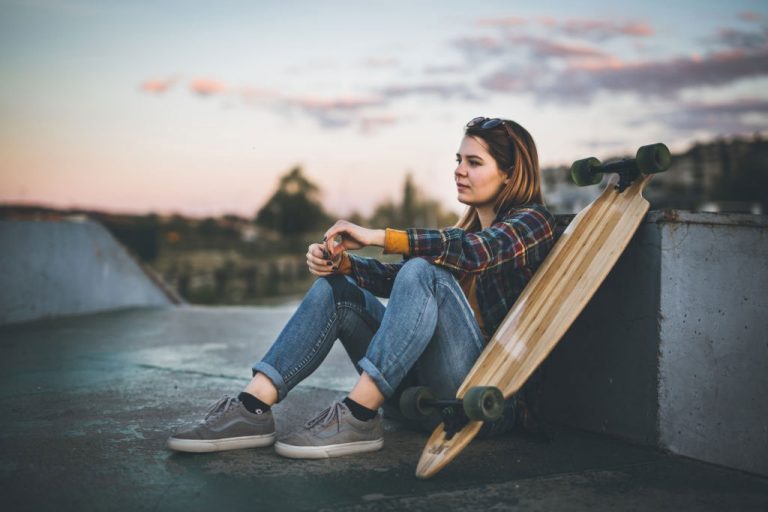 In this sport, a prominent role is played by longboard deck types chiefly because they get rolling effortlessly, the ease of foot-braking and the overall stability that they offer. Longboards are usually not tailored for tricks and spared the harsh conditions imposed by skating tricks, run for longer durations provided you don’t longboard too often in the rain and they are stored well covered. Longboards are used to surf also though the board style is more of a shortboard.

The most common type of longboards encountered is made up of thin sheets of veneer or ply.

Shooting up in popularity in the longboard world are bamboo laminates. These are vertically pressed into sheets and then encased or sandwiched in fiberglass or alternate composite materials. The end result is a light to medium board, it is soft and has flex and lastly imparts a powerful springlike attribute.

It is the most expensive construction of the three and employs blended materials like carbon fiber. A lightweight wood, say bamboo is ensconced in a fiber sheathing creating a very light core. This then is wrapped in a composite material like carbon fiber to deliver the rigidity. These features of rigidity combined with a lightweight curry much favor among downhill longboarders.

Based On Deck Shape 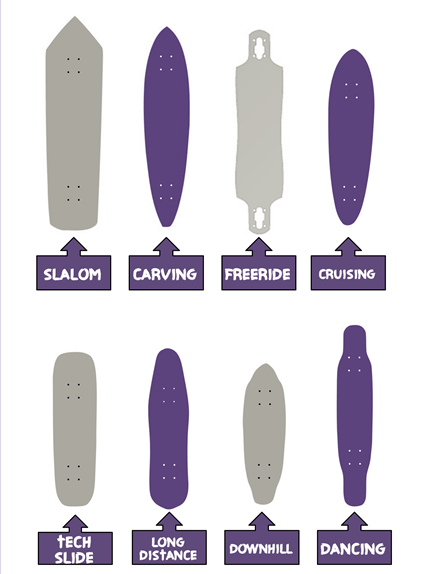 There are generally two broad classes of deck shapes –

There is a whole lot to longboards than what meets the eye. They come in a good variety of shapes for varying riding styles and abilities. So in this write-up, the main endeavor is to toss the guesswork out and get you out longboarding.

Longboard cruiser decks come recommended in sizes from 28-35” long. They are provided with kicktails to negotiate potholes, cracks and other obstacles. They are maneuverable and fast. Significant weight diffusion is possible because of the flat deck. It is a reliable and no-nonsense rig.

Downhill requirements face two tests- speed and sharp turning ability. The shape is directional and they need to be of stiff construction. For beginners, a wheelbase of at least 25” will do the trick. The deck is flat

Commuter longboards are a hybrid between different forms of skateboards and cruisers. You are most probably traveling in the city. Swift, sudden braking and sharp turns are essential. A longer wheelbase of 28-30” is recommended providing more stability. Weight plays a significant role as you will be getting off and picking up your board frequently at traffic crossings, traffic snarls, etc.

For traversing across steep roads and paths, Freeride longboards accomplish this by gliding from side to side, like snowboarders. They sport symmetrical shapes with a deep concave so that your feet can be locked.

Let’s touch on the concavity of decks as it is a major factor in the performance of longboards. Manufacturers are constantly experimenting with original, new designs to cater to new deck styles. A concave shape confers a solid foothold and can take sliding, turning and drifting to a new benchmark. Here are a few concave designs you will encounter in both longboards and skateboards.

Among common deck profiles, the radial concave is hot selling.

This shape is similar but more pronounced compared to radial concave. The wider support doubled with the rail wall steepness gives firm footing and a locked-in sense.

The W-shape is restricted to the tail end only and does not extend the full length. The centerline extra curve helps to shift energy from heel to toe which results in an exact, responsive quick turning board.

Also dubbed as tub concave, is somewhat the same as a radial board but the gentle curve is replaced by rails that jut sharply up. The feet stay flatter, the ride mellower, the sharp rails able to provide sudden shifts in energy

An asymmetric concave is when the rails on one side rise at a varying angle. This permits riders to put more ability to turns into the heels.

An upward arching deck is the trademark of these boards and are not commonly used. Downhill and slalom longboarders admire the natural foot placement possible with these boards.

Zero concavity is something seldom seen. Cutout and dropdown longboards feature flat decks as you get ample foot room permitting sufficient area for boardwalking and other tricks.

The most conventional board shape is the Top Mount. It is also the least costly. As the name suggests, the deck is mounted above the trucks, raising the center of gravity as contrasted with other boards. Given that there is a decrease of stability which is made up for by the nimbleness that dropped boards cannot provide. This facilitates a betterment in turn leverage. Top Mounts are very adaptable and can be used for carving, cruising, downhill, freeride and freestyle.

Longboard cruisers greatly favor the Drop-thru truck mountings. Rather than attaching the trucks through the mounting holes, the boards have cutouts in the nose and tail. The trucks are dropped through and attached on the sides. You get more stability but lose responsiveness. Pushing and breaking become easier. These boards are recommended for commuting, freeride and downhill riding styles.

In a dropped deck, the attachment of the trucks is conventional Top Mount style. The deck itself drops down to the middle of the deck leaving the nose and tail elevated. Naturally greater stability is bestowed because of the low center of gravity. This confers better slide control. The steepness of the deck varies from one board to another.

An amalgamation of a Drop Deck on Drop-Thru truck mountings is called a Double Drop which is a favorite among some skateboarders and longboarders. With the board set low, it faces the disastrous consequences of rail bite which is the side rail coming into contact with the ground. The solution is to choose wheels of a larger diameter to counter the effects of a low board.

So that was a concise presentation of the types of longboards you can choose from. But it is strongly suggested that you put a good deal of thought into what exactly you need. Don’t let cool rule your heart. Longboarding is an intricate and technical sport that can be mastered through practice and more practice. 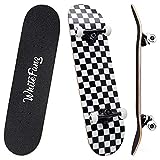 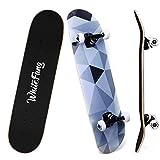 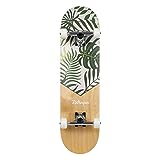 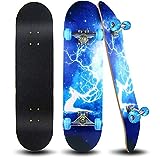 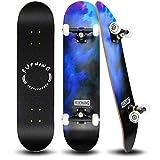 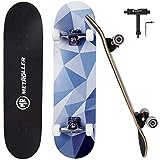 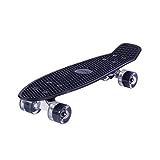 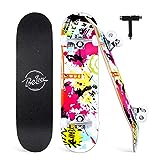 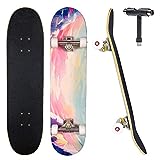 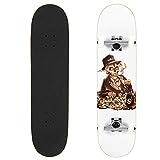