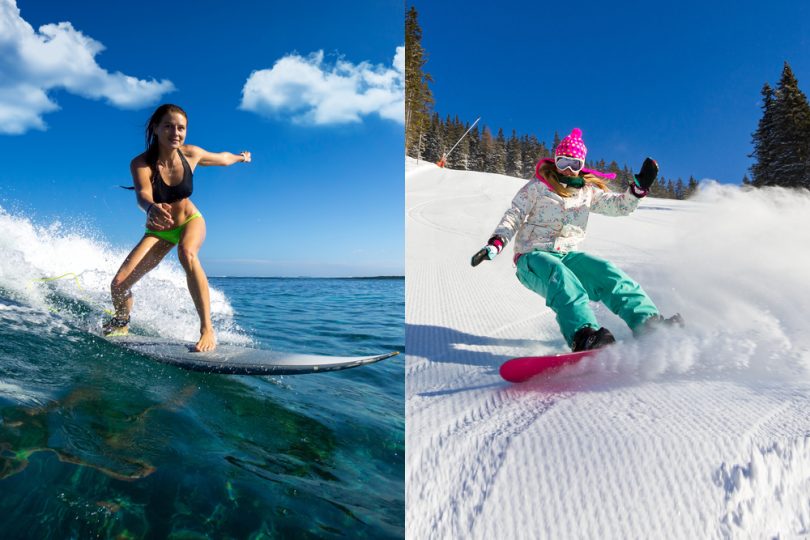 Not really! Both surfing and snowboarding share some similarities like using a board, balancing your body, and the using term “riding”.

To inexperienced eyes, these two sports may look similar but they also have a bunch of differences setting them apart.

Let’s check out all the similarities and differences between surfing and snowboarding.

Similarities Between Surfing and Snowboarding

Both surfing and snowboarding require you to stand sidewise on to your board, your heels need to be facing the rails.

This might be true that as a surfer, you’ll need to change your feet’s angle depending on the waves.

Snowboarders, on the other hand, don’t have that choice.

Even though both a surfer and a snowboarder will require a board to move through the snow or the waves, the boards are vastly different from each other.

Both a surfing board and a snowboard are long and thin, but that’s all the similarities they share.

Surfboards are thicker, longer, and come with shorter tails and noses.

Whether you surf the waves or slide through the snow, you’ll need a wax that is hydrocarbon-based. The wax is generally made from a paraffin base and serves different purposes for a snowboarder and a surfer. 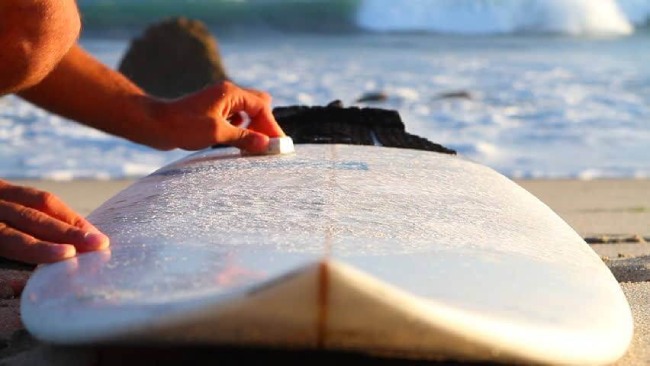 As a surfer, you’ll need to use wax on the top of your board for grips so you don’t fall out from the board easily. On the contrary, snowboarders wax the bottom of their boards. This reduces friction while gliding over ice.

Extreme sports are those forms of activities/sports events that can be identified by high speed and high risk. They provide much more fun and adventure compared to regular sports events.

If riding the waves with an umbrella doesn’t seem extreme to you, I don’t know what will. 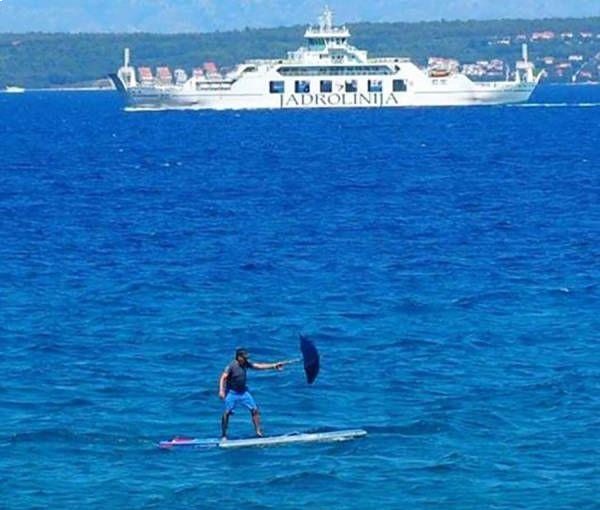 Jokes apart, both snowboarding and surfing are considered “Extreme Sports” because you’ll be traveling at a speed of 35mph+ and get a high adrenaline rush from both these events. They both offer high rewards as well as pose high risks.

Both surfing and snowboarding depend heavily on the climate. That’s why it’s imperative to check the local weather forecast before you go surfing or snowboarding.

Additionally, They both help us to get closer to nature. You won’t be able to surf the waves if the weather isn’t optimum and similarly, you can snowboard if there’s no snow or the conditions are unsafe.

Neither snowboarding nor surfing is for the faintest of hearts. They both require a certain amount of fitness and stamina. They aren’t called “Extreme Sports” for no reason. With enough safety measures, they can be fun for inexperienced ones. However, as you continue performing these extreme sports, both of them will increasingly wear out your body.

Differences Between Surfing and Snowboarding

I’ve mentioned earlier that both snowboarding and surfing require long, dedicated boards. The biggest factor that sets a surfboard and a snowboard apart is the binding.

Surfboards usually don’t have binders to provide easy maneuverability in the waves. 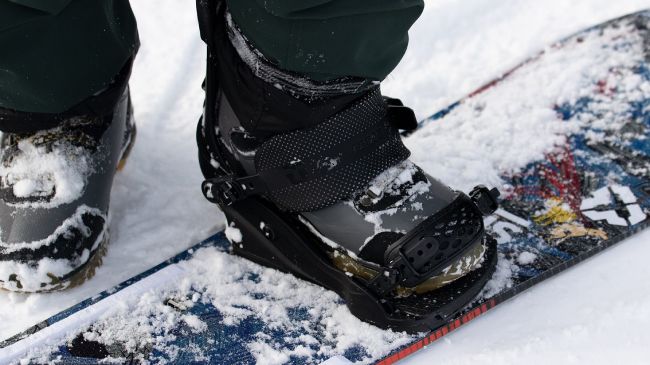 Bindings used in snowboarding are fixed in place and generally come shaping like a boot. They secure the foot and provide a better grip so you don’t fall out of your board while gliding downhill.

Being a bit obvious here, location and condition are the biggest differences between these two extreme sports.

If you can manage a wave pool, you may be able to surf in the mountains. However, it’s quite impossible to use a snowboard over the ocean.

No matter how hard you try, you won’t be able to snowboard in a desert (that’s called sandboarding) or ride the waves of a tsunami (duh).

This might be true that weather isn’t always the main deciding factor, but it certainly is one of them. 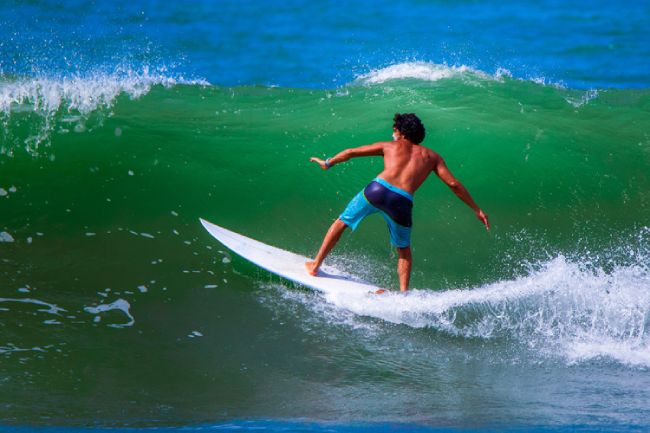 In many places, snowboarding in the summer becomes impossible because there is no snow to ride. Similarly, surfing conditions across the globe change throughout the year.

One other big difference between snowboarding and surfing is that they require different weight distribution throughout the event.

While snowboarding, you are sliding over snow and going downhill, so you’ll need to take a weighted front-foot approach to steer your way.

On the flipside, surfing requires a rear-foot approach, meaning you’ll need to put most of the weight on your back foot. That’ll help you dig the fins into the water and glide better. 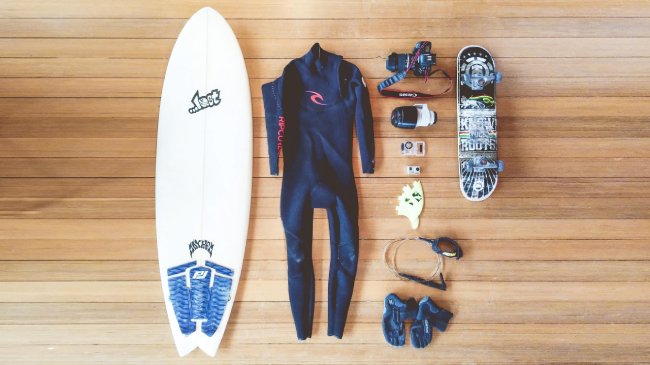 A surfer usually needs a surfboard, leash, wax, a surfboard bag, and a wetsuit (for cold water) whereas a snowboarder will require a snowboard, dedicated boots, jacket, trousers, socks, helmet, foot bindings, and goggles.

This is a minute difference. Both surfing and snowboarding will work your lower body muscles and the core. This will help improve your maneuverability and balance.

However, surfing also requires peddling, which works your upper body muscles as well. As a result, surfing provides better results in working your body and core muscles.

There isn’t much cost associated with surfing. Even so, there are some expensive surfboards out there, you won’t need to spend much more once you get your surfboard taken care of. Just grab your board and you’re free to hit the waves.

On the other hand, you’ll need to spend a substantially larger amount of money because snowboarding requires more gear. You’ll also need to issue/buy ski passes, pay for accommodation and transportation to and from the ski lounge.

Transitioning from surfing to snowboarding

The learning curve of snowboarding is much shorter than surfing. Getting good at surfing takes a lot of practice and dedication because riding waves and using the power of the wind in your favor is a lot harder than using gravity to carry your downhill. Even if snowboarding is comparatively easier than surfing, it’s not everyone’s cup of tea.

Staying on your snowboard will be the hardest at first. After some falling and sliding around, and getting cold-wet, you’ll probably get the hang of it. The rest will come fairly easily.

That’s why it’ll be way easier for a surfer to use their existing skills to transition into snowboarding and a lot trickier the other way around.

Here snowboarding takes the cake. Just like gravity can make your downhill ride a lot easier, it can also make you fall for fatal accidents. The freezing weather only makes the situation worse.

Risks associated with surfing are drowning, encountering dangerous sea animals, getting cut on sharp reefs, and getting injured from collisions. 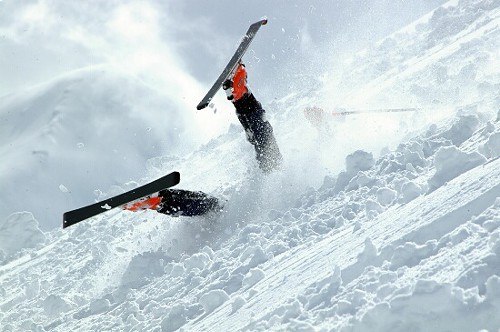 Snowboarding, on the other hand, can expose you to frostbites, head injuries, collisions, falling off the cliff, avalanches, and scratches.

Although most of the injuries turn out to be minor, the rate of average death per year in snowboarding is much higher (400%) than in surfing, referring to a study done by the National Ski Areas Association (NSAA).

1. What’s the hardest thing to learn in snowboarding?

Ans: Most probably trying to stand up while you are sliding downhill on a board with your both feet strapped in will be the hardest challenge for you as a beginner. However, it will become easier with time and practice.

2. Do I need snowboarding lessons?

Ans: Yes. If you are a beginner, you’ll definitely need snowboarding lessons because the tricks of stopping and changing direction won’t come intuitively. Plus snowboarding requires a lot of gears that you’ll need help with.

3. Do I need to be a good swimmer for surfing?

Ans: No. You won’t need to be a “good” swimmer to try out surfing. However, having absolutely no skills in swimming can be dangerous in the ocean. We strongly recommend you acquire basic swimming skills at least before you hit the waves.

4. Which is more fun; snowboarding, or surfing?

Ans: That depends on the person. Surfing is available almost all year round and it’s safer than snowboarding. The fun you get from riding waves can’t be compared to sliding over ice downhill.

On the contrary, Snowboarding offers a shorter learning curve and the adrenalin rush you get is something to be cherished. There are strong opinions about both types of sports.