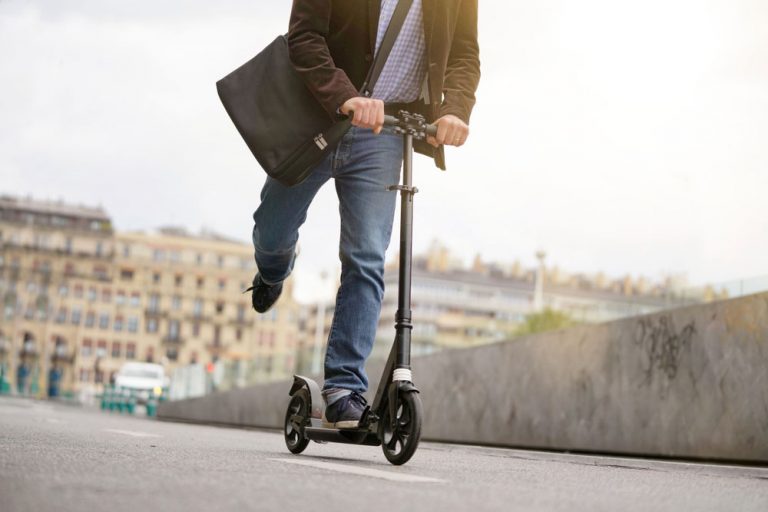 In 1817, kids in Germany, using wooden two by fours, first cobbled up a version of the present-day scooter The micro scooter was invented by Wim Ouboter in 1996. The Razor scooter, a compact folding scooter, was launched in 2008 and in 6 months sold 5 million units. The mini Micro scooter is aimed at kids from 3-5 years of age who are eager to give their emerging balance and coordination skills a go. These facts are not merely trivia but a testimony to the huge popularity enjoyed by scooters. A pro scooter is used for daily transportation but also for executing tricks that we will explore here. Without further delay, let us get to know how to tailwhip.

How To Tailwhip On a Scooter?

A simple tailwhip is done by putting the weight of one foot on the front tire and pedal and leaning forward causing the frame to spin around. This move is credited to Brian Blyther in 1986 and was basically a bike trick adapted for use on a scooter.

Your lead foot should be placed at the front of the deck. Your back foot is placed just in front of the rear wheel. Your stance should feel solid with a sense of being well-balanced. Knees should be kept bent slightly in readiness for the jump. Most right-handers adopt a regular stance which is front foot forward. Left-handers would probably prefer ‘goofy’ which is right foot first. Your take-off and landing depend largely on your foot placement, so get it right and things will be a lot easier. 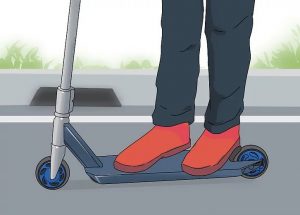 How to Place Your Handgrip? 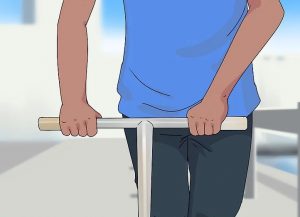 The handgrip is important as it stabilizes the scooter and your body while imparting a fluid motion to the trick. They will stay at the bar until the trick is done, so it’s important to keep them in place in an easy way. Raise and lock the handlebar first to a comfortable and natural height. Stay loose and do not hold the bar too tight. It will make your arms rigid and this will stiffen the entire body impacting the jump and timing.

Push off a few times with your rear foot to get some speed going. You should be moving at about a slow jog. If you go too slowly, maintaining your balance will prove difficult. Going too fast and your control is affected. Experiment with the speed till you are comfortable. Once up and steady look ahead. Practice in an area with sufficient room. 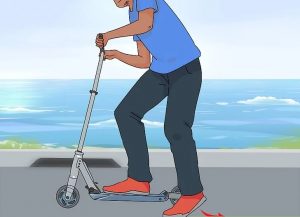 The Bunny Hop is the preparatory move to master before tackling the Tailwhip. With sufficient speed, you jump, pop up the scooter deck and let it hit the ground flat before you land on it. Do this on the curb. Just get those airtime counters ticking practicing this till you are satisfied. Remember, the catch is in preparing sufficiently. Take your time and perfect this. Your tailwhip will be a song. 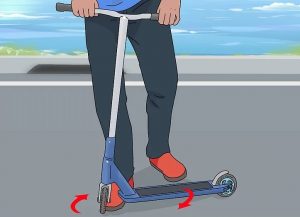 Get the feel step by step. Practice the tailwhip when stationary. Standing next to the scooter, kick the tail of the scooter away and at the same time using your arms to lift the tail off and rotate in the direction kicked. Get used to the force required and the feel of the response. Once easy, do not kick the tail with your foot anymore, just use your arms to spin it around. Now we will try a running tailwhip. Some terms that are commonly used first. A barspin is when the handlebar is spun through 180 degrees with both wheels grounded. A kickflip is the same thing s a barspin only the hands are off the bar. You stand in front of the scooter using your feet to kick the bars around. These are basically bike tricks adapted for the scooter. 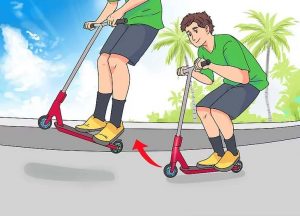 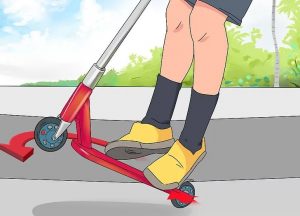 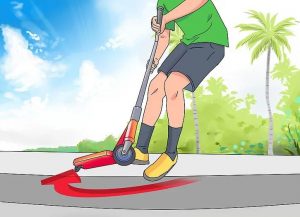 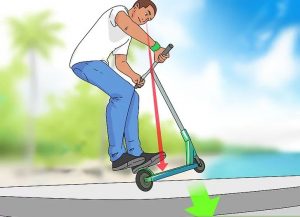 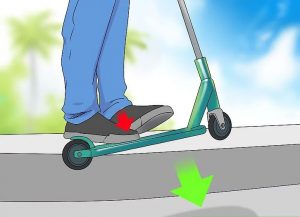 Whenever you’re planning to perform scooter tricks, the following tips will come in handy.

So how does it feel getting that first tailwhip? Great, I’m sure. A tailwhip is a tough number and once you have the ropes right, it’s continuous practice and you can do it blindfolded. The more you practice, the higher you will be able to complete the rotary motion. This will give you the time to expand your repertoire with other tricks thrown into the tailwhip. So for now, keep up the practice going.

“Hey, are you out of your mind?” - this is what I often hear when people see me performing some really dangerous stunts. While most people use scooters to commute, I use mine to hone my stunting skills. Yes, that’s me, Brian Smith. I’ve a small group of like-minded people in my team that love to do all sorts of stunts with their kick scooters and skateboards. My fans also ask me to teach them a thing or two every now and then. This is why I am here. In my leisure time, I like to write about what I do with my scooters and what I am going to do next. One thing I want to say to all my fans - Don’t hit the streets without proper information and training..