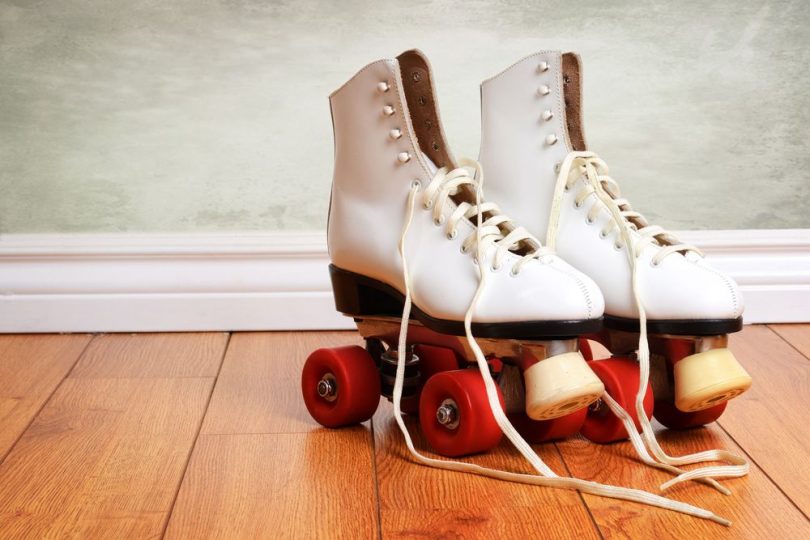 If you’ve ever been to a skating rink, the chances are that you’ve seen some skaters partaking in Jam skating. This skating style attracts large crowds and has been admired by many since the early 1970s. Imagine if you were to mix dancing and skating and then add some music. That’s Jam skating! Some people even refer to it as breakdancing on wheels.

As there are no set rules in Jam skating, everyone brings their take on it, and improvises their moves, making Jam skating a fascinating and ever-changing skating style. In the US, Jam skating is very popular in the Midwest, and in 2020 it went global, growing in countries like Japan and Germany. USA Roller Sports reported that Jam skating surpassed skateboarding in popularity around 2005.

Today we’ll look at what makes Jam skating unique and how it compares to other types of skating. So, let’s dive a little deeper into the world of Jam skating.

What Is Jam Skating Exactly?

Jam skating is a skating freestyle combining figure skating, gymnastics, traditional dance, and breakdancing. It has its roots in roller skating and is performed on roller skates on a flat surface. Jam skating can also be choreographed or non-choreographed.

Jam skating is considered a sport, and there are many competitions and skaters. There are two formats: Solo performers and group performers.

There are loads of moves and tricks associated with Jam skating. However, there are four main styles (which we’ll discuss later). These styles are power, footwork, shuffle, and groundbreaking skating.

What are the origins of Jam skating?

For this, we must go back to WWII when rhythm skating was very popular. From there on, different skating styles started to emerge. Around the 1970s, ‘Soul Nights’ started to gain popularity along with roller discos. These different styles played a significant role in the rise of Jam skating.

Jam skating gained popularity in the 90s with the rise of break dancing and certain types of music. It is estimated that there are +-17 million Jam skaters in the world.

This style involves spins and full-body rotations, making the skater look like they are levitating! Some popular power moves are:

A lot of upper body strength is needed to perform these power moves as they showcase speed, strength, agility, and control.

Most of these moves also showcase an exciting mixture of martial arts and breakdancing.

This style focuses primarily on the feet as the performer exhibits foot tricks, advancing along the floor effortlessly and smoothly.

These foot tricks include:

Shuffle skating (also known as rexing) is when the performer moves forward or backward with all their eight wheels on the floor to the rhythm of the music. This is usually done in a counterclockwise motion.

There is a definite timing to perfecting the shuffle. Music helps skaters find that timing and shuffle more in synch.

Also known as Ground Game, this style involves many moves performed on the ground, just like in break dancing. Groundbreaking is neither speed nor aggressive skating.

What equipment is needed?

As there are no special categories for Jam skating, it’s always important to note that Jam skaters prefer speed-styled, low-cut boots with dance toe plugs rather than jumping toe stops. These skates are used with Jam skate wheels like those used in roller derbies.

Quads (seen below) offer Jam skaters more maneuverability and stability in the wheelbase, making them the equipment of choice. They are made of lighter materials, allowing the skaters to perform tricks and stunts more smoothly and faster. Also, Jam skates are comfortable and provide extra support around the ankle area.

Note: Inline skates are not recommended as they have less stability.

Jam skating is considered difficult because it takes years to perfect. It is considered more complicated than regular skating, and you need to master the basics of stating first before you can become comfortable with Jam skating.

At first, Jam skating moves will feel unnatural as it uses different muscles than average skating, and you’ll need to develop a certain balance. You will need to learn to be at ease on your front toes, bend your knees, and know your edges.

Even if the pros make it look easy, wearing the correct safety gear and practicing on a carpet when starting to Jam skate is well advised.

Jam skating has featured in many forms of popular culture over the years and has grown in stature since the pandemic in 2020. Here are some examples of Jam skating featuring in:

Jam skating was featured in Roll Bounce (2005) and ATL (2006). We also have to mention the documentary United Skates (2019) as it has some excellent jam skating.

Popular music videos include “Blow” by Beyonce, “1, 2 Step” by Ciara and Missy Elliott, and “I Heart You” by Toni Braxton.

These three styles of skating also use different skate boots. Jam skate boots are the only low-cut boot out of the three.

There you have it, all you need to know about Jam skating. Now you are ready to hit the skating rink or the street!