When you will see an ice skater taking off from a forward outside edge, you will know that it is going to be a Waltz Jump pose. In this jump, you will see the skater making a half revolution on the air and landing on his/her back outside edge on the opposite foot.

The name of this jump came from its inventor Ulrich Salchow in 1909. You will see a salchow jump pose when an ice skater slides from the back inside edge of his/her one foot to the back outside edge of the other foot. In this pose, the ice skater performs a half revolution in the air. She/he will do it from a forward outside in three turns. After turning three times, the skater will stop for a moment with the free foot extended behind. Then she/he will swing the free leg forward and around with a wide taking up motion. Then she/he will jump and land on the free leg doing the motion.

You will see a toe loop pose when an ice skater skates backward on an outside edge with a toe assist. The skater will pick with the other toe and then jump to perform a half revolution in the air like a waltz jump. She/he will land on the foot that did not pick. The skater will be gliding backward on the outside edge of his/her skating shoe while landing to take a pose.

Loop jump is quite similar to toe loop jump poses except there is no toe assist in loop jump poses. It is sometimes called a threshold or  edge jump.

What happens during a loop jump is an ice skater uses the outside edge of the skating shoes to lift herself off the ground, take a full revolution there, and then landed back by using the same side of the skating boots.

You will see a flip jump pose when an ice skater glides backward on a back inside edge of a foot and picks with the other foot to jump a full revolution in the air. Then she/he will land on the back outside edge of the foot that she/he uses to pick.

The flying pose of ice skating is a spin with a jump entry. In a flying sit spin, a skater jumps upwards and bends his/her knee to form a sitting pose at the peak of the jump. Then she/he lands in that similar sitting pose on the ice to perform a spin.

Layback poses are usually performed by women. The skater spins with an upright position. While increasing the speed of the spin, she lets her head and shoulders go backward curving her back. It is called the layback pose of ice skating.

The Lutz jump pose was invented by Alois Lutz, an Australian, in 1913. The Lutz jump pose is quite similar to the flip pose, but the takeoff is exactly the opposite. Skaters use the rear outside edge of the left/right foot to lift off and then landed back by using the rear end of the other foot.

The name of this jump came from its inventor Axel Paulsen in 1882. There are two categories of jumps in figure skating-edge jump and toe jump. Axel jump belongs to the edge jump category. It is a different type of jump than other types of a jump because during axel jump skater lift her off the ground while skating forward and make an additional half-rotation on the air.

Biellmann ice skating poses are a variety of upright spin poses named after its inventor Denise Biellmann. This spin pose requires excellent flexibility in your back and legs. This pose is only performed by women. In this pose, the skater bends her shoulders backward standing in an upright position and lifts a foot upward from her behind to grab onto the skate blade of that foot by her hands. Then she spins while standing upright on one foot in a kind of reverse split position. 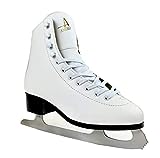 Brian G Smith Stunt Performer
“Hey, are you out of your mind?” - this is what I often hear when people see me performing some really dangerous stunts. While most people use scooters to commute, … Read More

Power Wheelchair Vs. Mobility Scooter – All The Major Differences

18 Different Types of Skateboards to Choose the Best for You

Ripsurf vs Ripstik – The Key Differences with a Comparison Table

How to Put Longboard Wheels on a Skateboard? A Step-by-Step Guide

How To Choose Kick Scooter?

How to Wash Ski Gloves | The Ultimate Guide from Pro Skiers!

How to Break in New Shoes: The Best Method Discovered!

How to Clean Skate Shoes: So Clean That You Can Eat off It!

Balaclava vs Ski Mask: Which One Provides Better Protection?

iWalk vs Knee Scooter: What the Modern Science Has to Say

Power Wheelchair Vs. Mobility Scooter – All The Major Differences

How to Speed up a Mobility Scooter: 3 Easiest Tips

Speak Your Mind - We're Eager to Hear from You! Cancel Reply

© 2021 by Scooterlay is a participant in the Amazon Services LLC Associates Program, an affiliate advertising program designed to provide a means for sites to earn advertising fees by advertising & linking to Amazon properties including, but not limited to, amazon.com