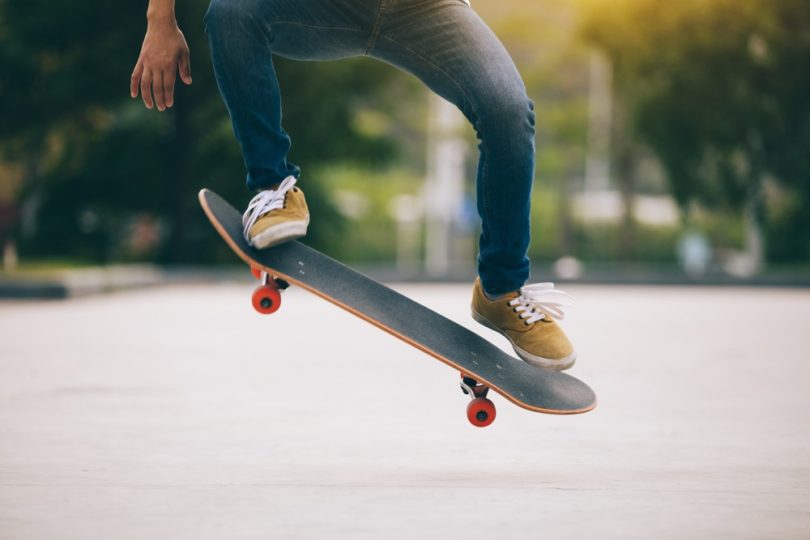 Skateboarding has been around for a long time. In this time, brand names have changed the way they lay out the decks of their boards,

But one thing always stays the same – there’s always a nose and a tail.

But how do you tell the difference?

Does it really matter? Nose or tail?

It doesn’t particularly matter nose or tail first. What matters is what you’re comfortable with or what you’re looking to do with the board.

The difference in size and steepness will determine how you want to ride. A lot of riders find it easier to use the deck tail for their tricks because the concave gets the board higher in the air.

Difference Between Nose and Tail of a Skateboard

On most decks, the nose is always wider and longer than the tail. It’s often called the “catch” because it literally catches your foot while you’re performing tricks.

The tail is usually slimmer and has an upward curve to it for tricks.

Popsicle decks are a little harder to tell which is the nose and which is the tail because both ends are the same dimensions.

On the other hand, old-school decks have that flatter, rounded nose with the upward concave on the tail.

Most high-quality decks have a plastic protector on the nose. The protector reduces the wear and tear to the nose and the impact when you land back on the ground.

The tail is usually covered by a plastic protector too, but it doesn’t provide as much protection as the nose.

Shock pads can help your board absorb the impact of landing and they protect the most fragile part of your board which is your trucks. 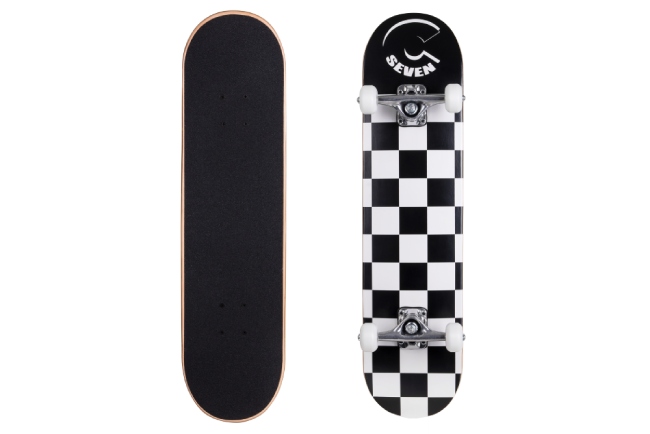 If your board doesn’t have the color markings, don’t fret! You can always add some stenciled graphics or airbrush your favorite colors on there to help you remember which end is which. 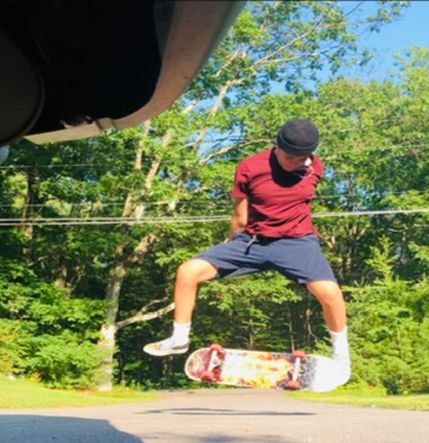 The nose and tail can be made at different angles that can vary in size. You just have to decide which type of angle you want.

A lower concave angle will give you more stability, but less agility. The best angle to use if you’re looking to speed ride.

A higher angle lets you put more pressure on the edge of your board to turn and gives you more air to land your tricks. But you’re less stable on this angle so the board isn’t as forgiving if you mess up your trick.

There’s a medium angle that gives you the best of both the lower and higher concave. You’ll have equal amounts of stability and agility.

Feel the board under your feet

Different angles will give you a different feel while standing on your board.

A flatter board gives you a better feel. There’s less of an angle, your feet will feel like there’s more room and you’ll feel more stable.

A higher angled board will give you the feeling that there’s less space for your feet to be on the board because of the curve. You might feel a little less stable at first, but you’ll have the ability to put more power into your tricks and get a little more creative with your agility skills.

If your board came with a sweet graphic on the underside, you can use that to tell the nose from the tail too. The graphic will start at the nose of your board and end at the tail.

Yes, these boards do exist, although there are very few of us who prefer a twin nose or twin tail.

Twin nose boards are symmetrical in size, shape, and length for both the nose and the tail. Since the nose of your board is usually wider and flatter, both ends of a twin nose board will look and feel like this.

Twin tail decks are also symmetrical. Since tails of boards are usually slimmer and have a little upward angle, both ends of a twin tail will be like this.

Essentially, a twin nose board has no tail and a twin tail has no nose.

1. Which foot should I put first on my board?

Ans. Figure out which foot is most dominant. Which foot do you take a step with first when you walk? Whatever foot that is will be the one you put in front on your board.

Your other foot will be your pushing foot.

2. Does it matter which way I stand and ride?

Ans. Nope, not at all! There are two stances, goofy and regular. Goofy riders skate with their right foot on the front of the board. Regular riders have their left foot in front.

It doesn’t matter which stance you choose! Just make sure you’re comfortable standing on and riding your board!